What to buy in Alacati? 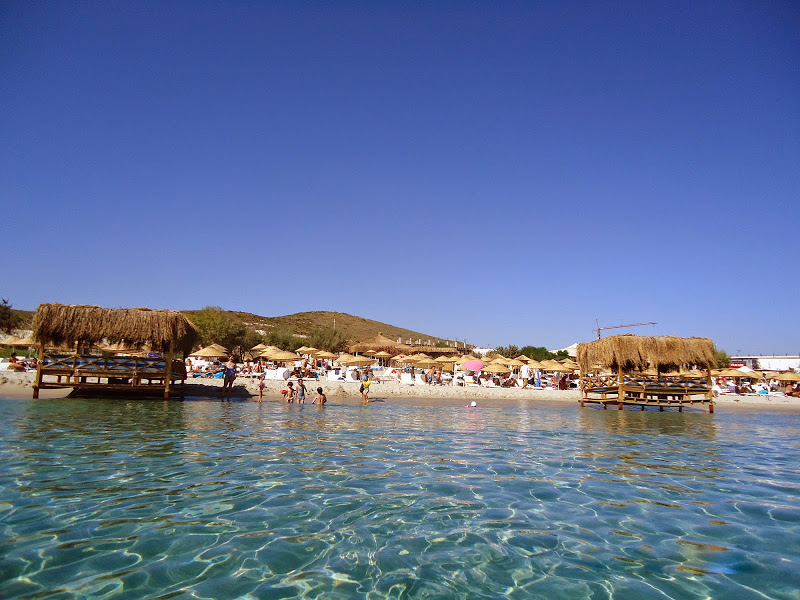 Alaçatı is a beautiful little town that has grown in a few years from a sleepy backwater into a resort that has everything. Where else can you find vineyards, olive groves, windmills, long stretches of gorgeous coastline and world-class windsurfing, all within easy reach of some of Turkey’s best boutique hotels and restaurants?

Early in 2000, Alaçatı re-invented itself and became sought out by travelers seeking beauty, tranquility, quality and respect for the natural environment. One by one the 19th century stone houses have been restored and a plethora of small hotels, each more charming than the last, have opened for business.

Alaçatı has a relatively short history given its location on the Aegean Sea. It was founded in the 1850s by Greek workmen brought in to clear local marshland that served as a breeding ground for malaria-carrying mosquitoes. Other villages and towns near Alaçatı were founded much earlier, as much as 4,000-5,000 years earlier. This was an area with beautiful harbors and in some cases healing hot springs. Even officials from Egypt were drawn to nearby Ilıca.

Alaçatı was so attractive that afterwards the Greeks decided to stay and set about planting grapevines. During the exchange of populations following World War I, Turks from the Balkan area settled at Alaçatı while the resident Greeks moved to the Greek mainland. The result has been the preservation of the 19th century houses built by the Greeks.

Some of Turkey’s loveliest small hotels are now in Alaçatı. Most of them restored stone houses over 150 years old, these hotels spellbind visitors with the way they harmonize old and new. U.K. newspaper The Sunday Times put Taş Otel, the first “hotel de charme” in Alaçatı, on their list of top 20 continental hotels, and British daily The Guardian ran an article on Alaçatı and İncirliev, one of the most charming boutique hotels in the town.

The area’s coastlines are protected, windsurfing and kite surfing clubs were opened, and world championships have been held. Alaçatı has become one of the best sites in the world for the sport of windsurfing, with its protected bay, always windy but not rough. The Professional Windsurfers Association Slalom World Cup took place in Alaçatı this summer and the event was covered by The New York Times. Source: Hurriyet Daily News

Two of the motives that brought Alaçatı to the status of Turkeys favorite holiday resort in recent years is its world famous windsurfing spot and its beaches.

The main bay lies at a distance of 4 km from Alaçatı center, and right beside Alaçatı yacht marina there is a shallow section approximately 500 m in width and 330 m in length. Therefore even non swimmers will find adequate space within such a large area to start to learn windsurfing at beginners level. This bay, called Yumru Cove, is where windsurfing clubs are located and it extends for 1900 m from one end to the other. The mountainous mass along its the eastern end helps remove any possible trainees anxiety associated with open sea. The spot is surrounded by land in three directions and only the southern part joins open sea, which makes it highly safe. Kıtesurfing is also done alongside windsurfing in the cove.

Alaçatı township is part of the district of Çeşme within Turkey's İzmir Province. The town of Alaçatı is located on the "narrow waist" Çeşme Peninsula traces in its extremity. It is at the center of a corridor where the winds from the north to the south and in the reverse direction abound. The dominant summer wind of poyraz allows Alaçatı to "breathe", while lodos wind which blows more frequently in winter keeps the climate mild.

The number of windy days in Alaçatı (330 days a year) is well above the average in Turkey. This abundance of these winds is the motive that brought Alaçatı to the position of one of the foremost windsurfing centers of the world.

The town is surrounded to its north by the locality of Ilıca, famous for its beach, to its south by the port of Alaçatı where windsurfing clubs are located, and to its west with Karadağ heights covered with olive trees and, since more recent date, with vineyards.

The Alaçatı center is located at a distance of 3 km from the sea and lies at an average altitude of 16 meters. Access to Alaçatı is quite easy through the six-lane İzmir-Çeşme highway and with İzmir center at a distance of only 70 km and with Adnan Menderes Airport served by international flights at a distance of 90 km. For those who depart from İstanbul with their own vehicles, once on Bandırma quay served by High Speed Craft services in partance of İstanbul's Yenikapı quay, a 340 km road through Balıkesir, Manisa and İzmir brings travellers to Alaçatı in about 4-5 hours.

Alaçatı is also served by regular intercity bus services in partance of İstanbul by the companies Varan and Ulusoy. In order to come by bus from İzmir to Alaçatı, travellers can take Çeşme Seyahat bus services in partance of İzmir Central Bus Terminal or Üçkuyular Bus Terminal. The bus ride to Alaçatı from İzmir lasts only an hour.
Yachts can dock directly at Alaçatı marina which is located at 38°15'N, 26°23'E.