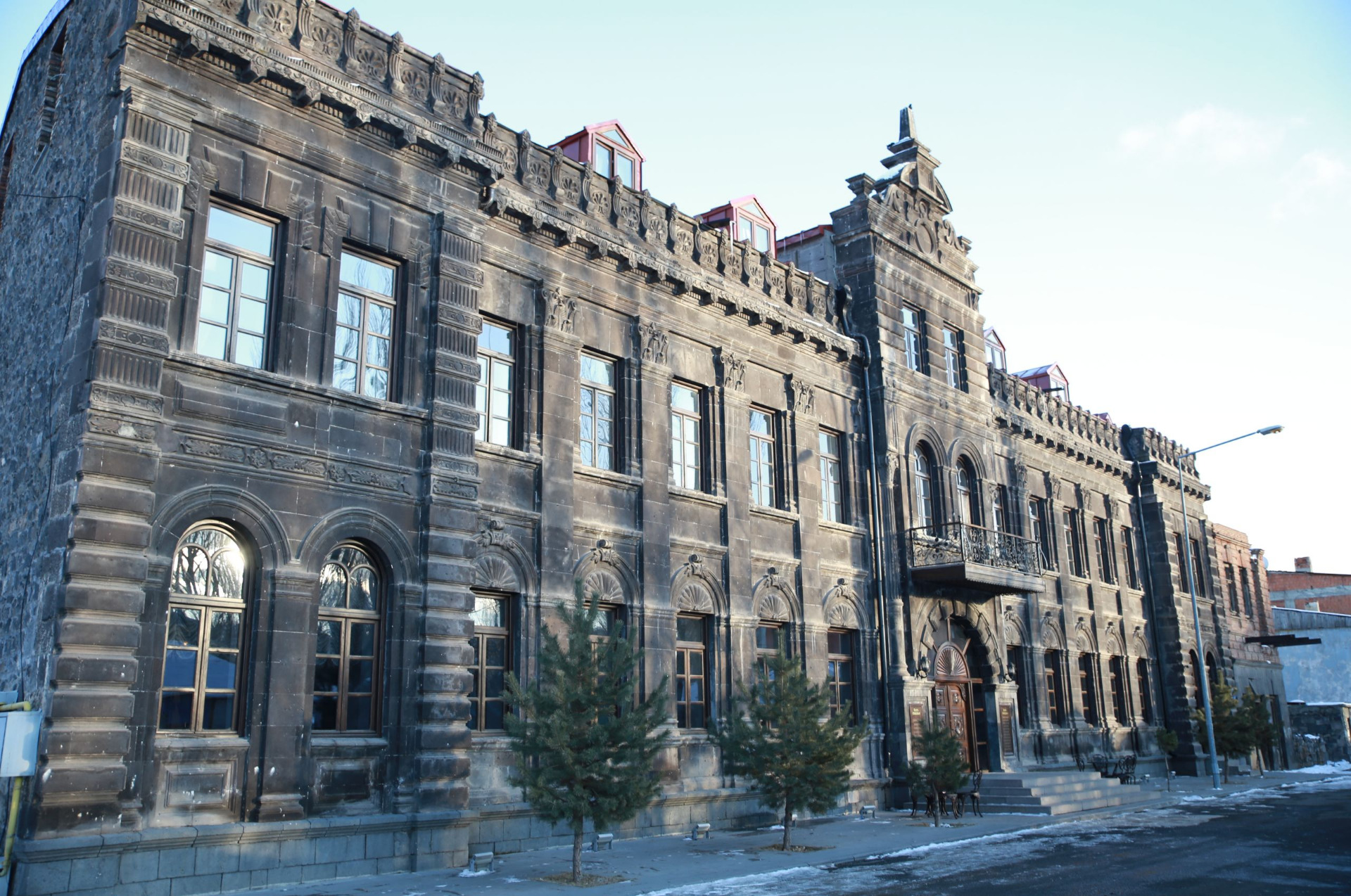 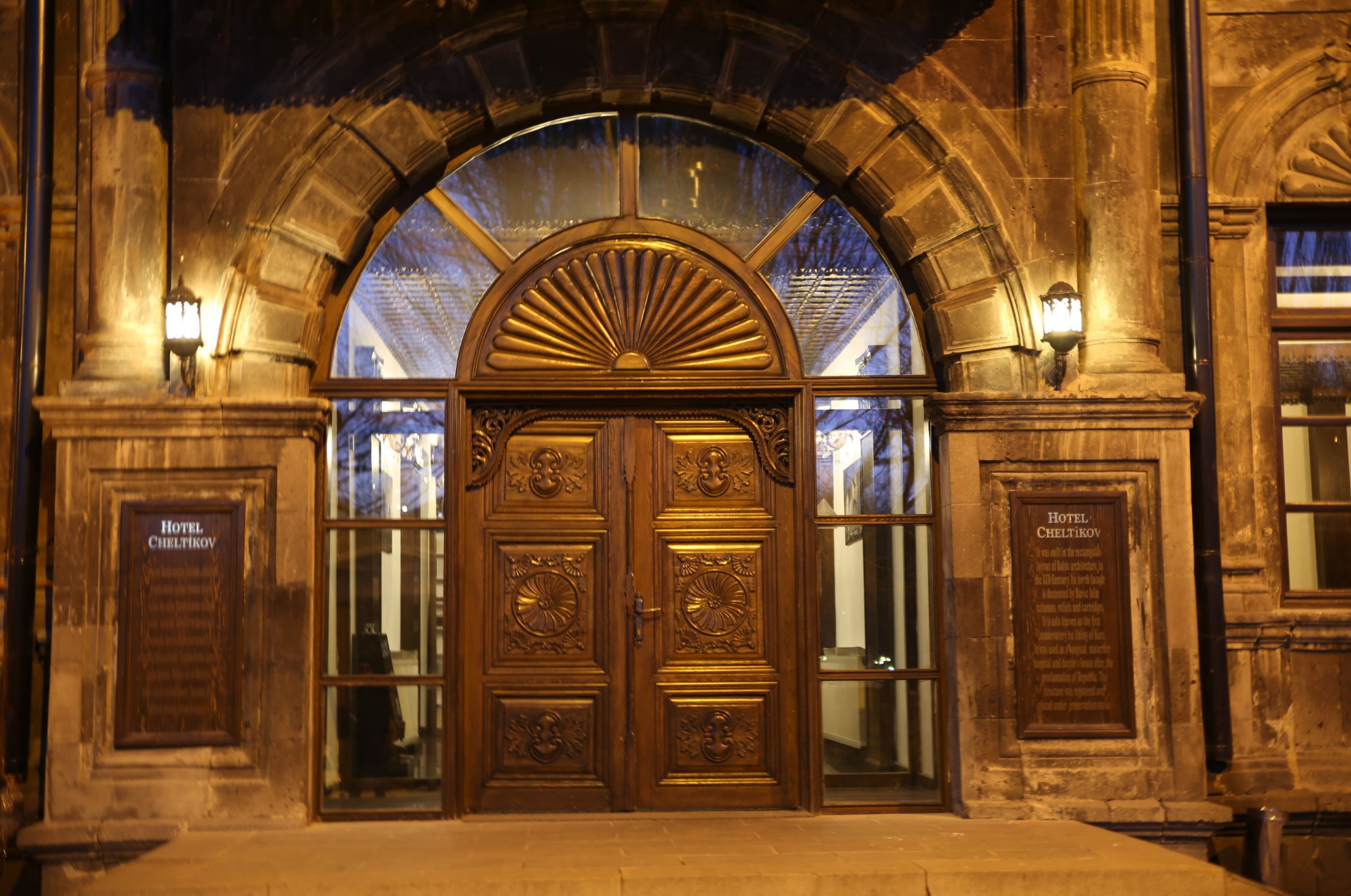 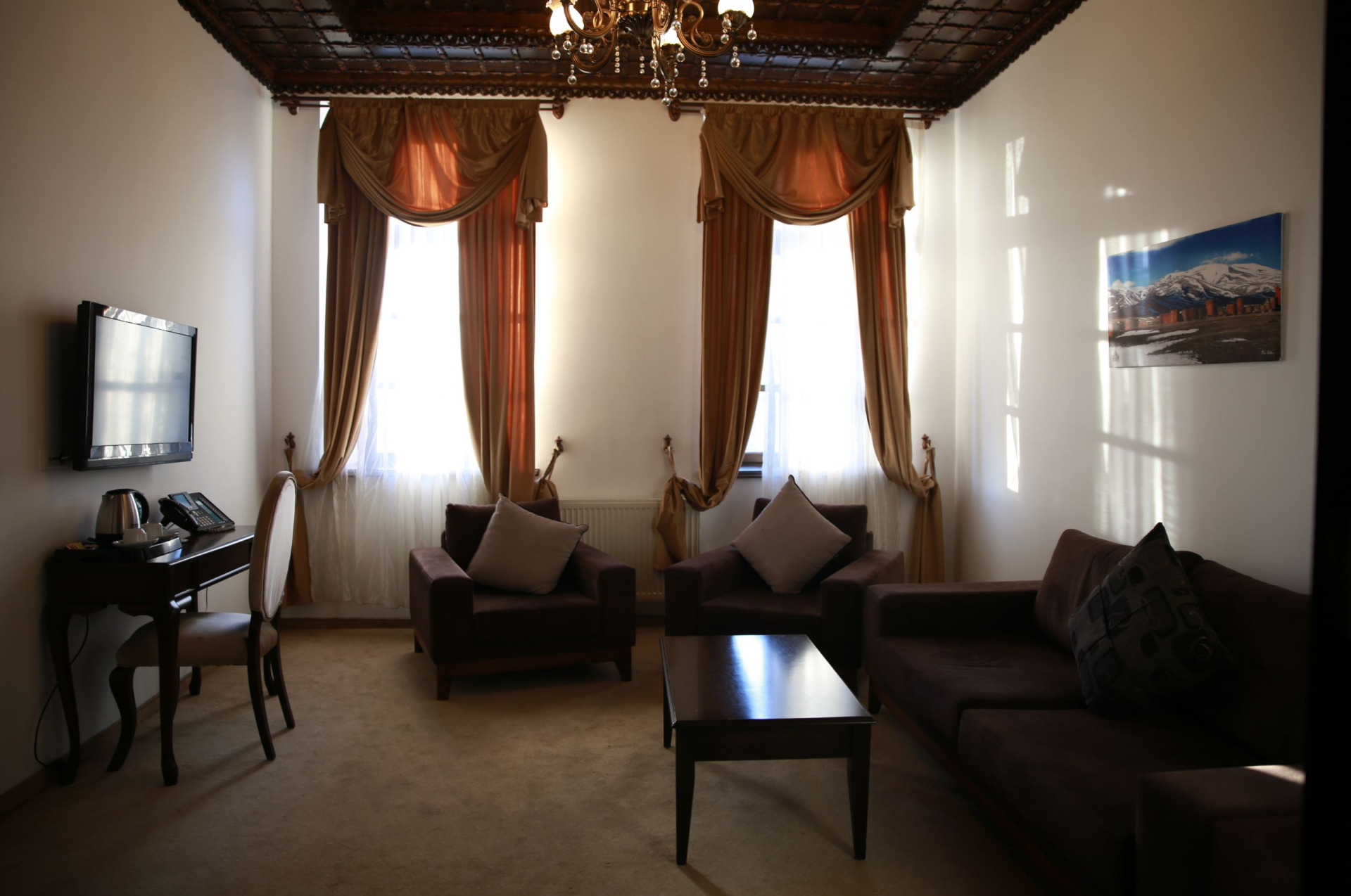 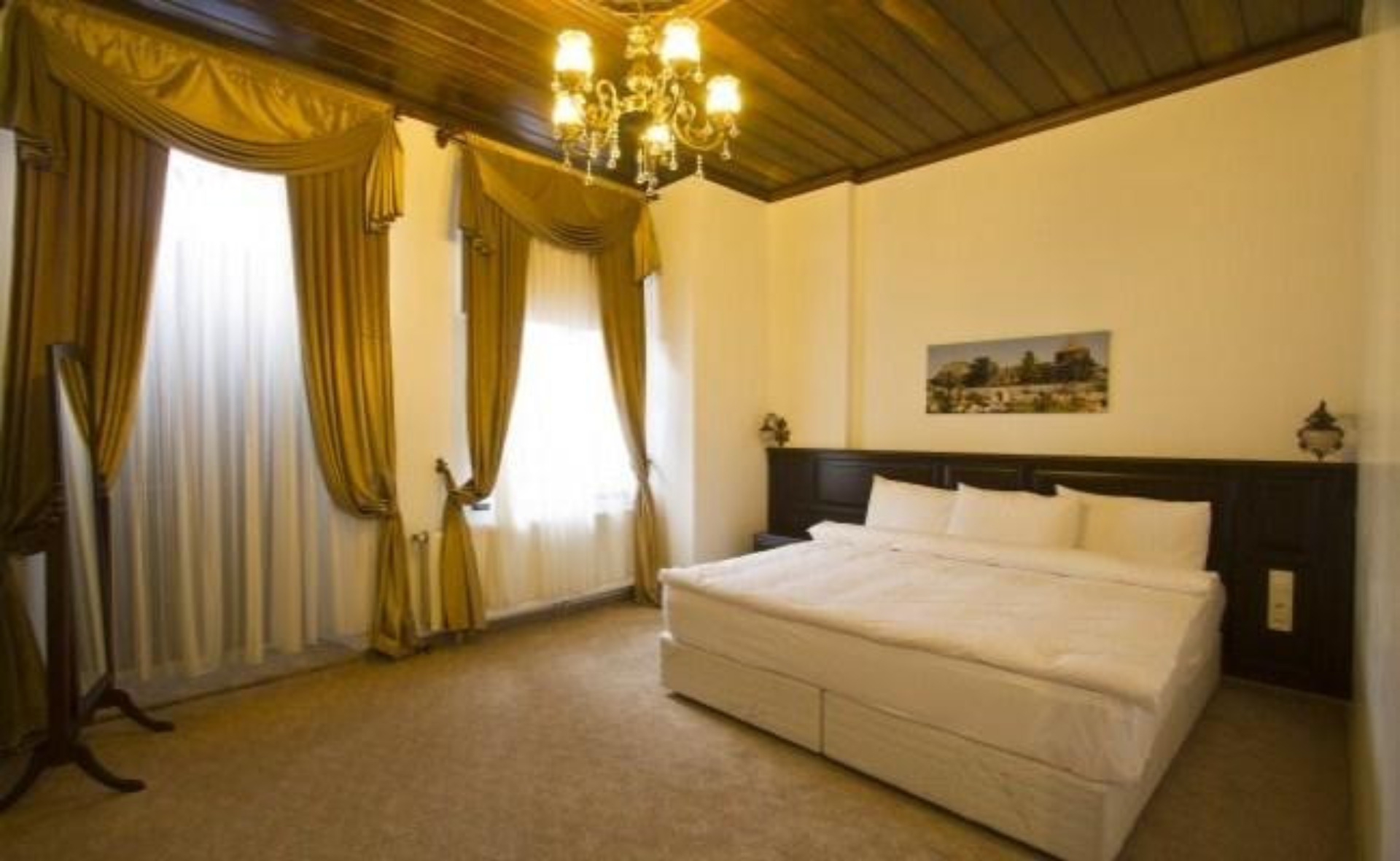 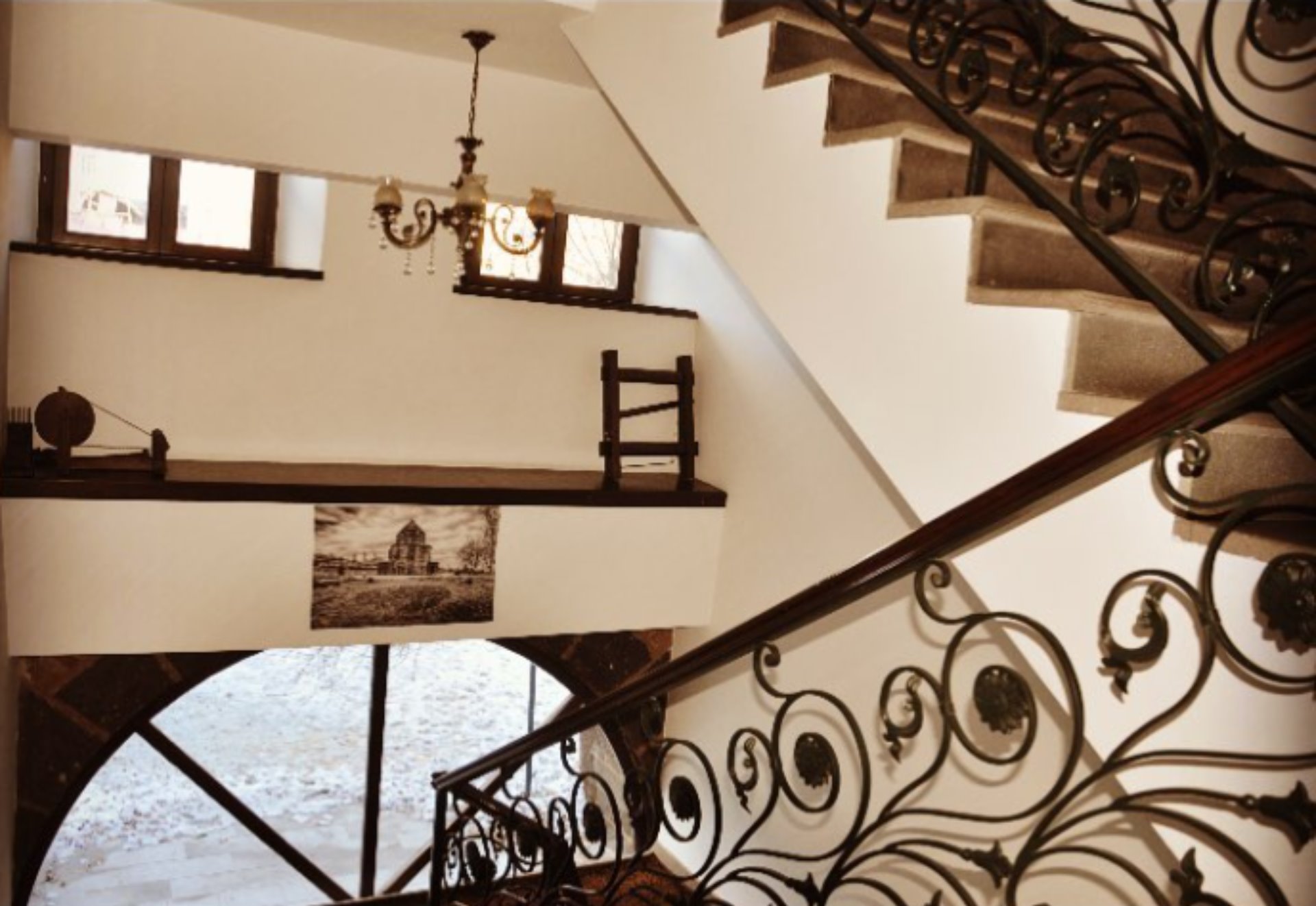 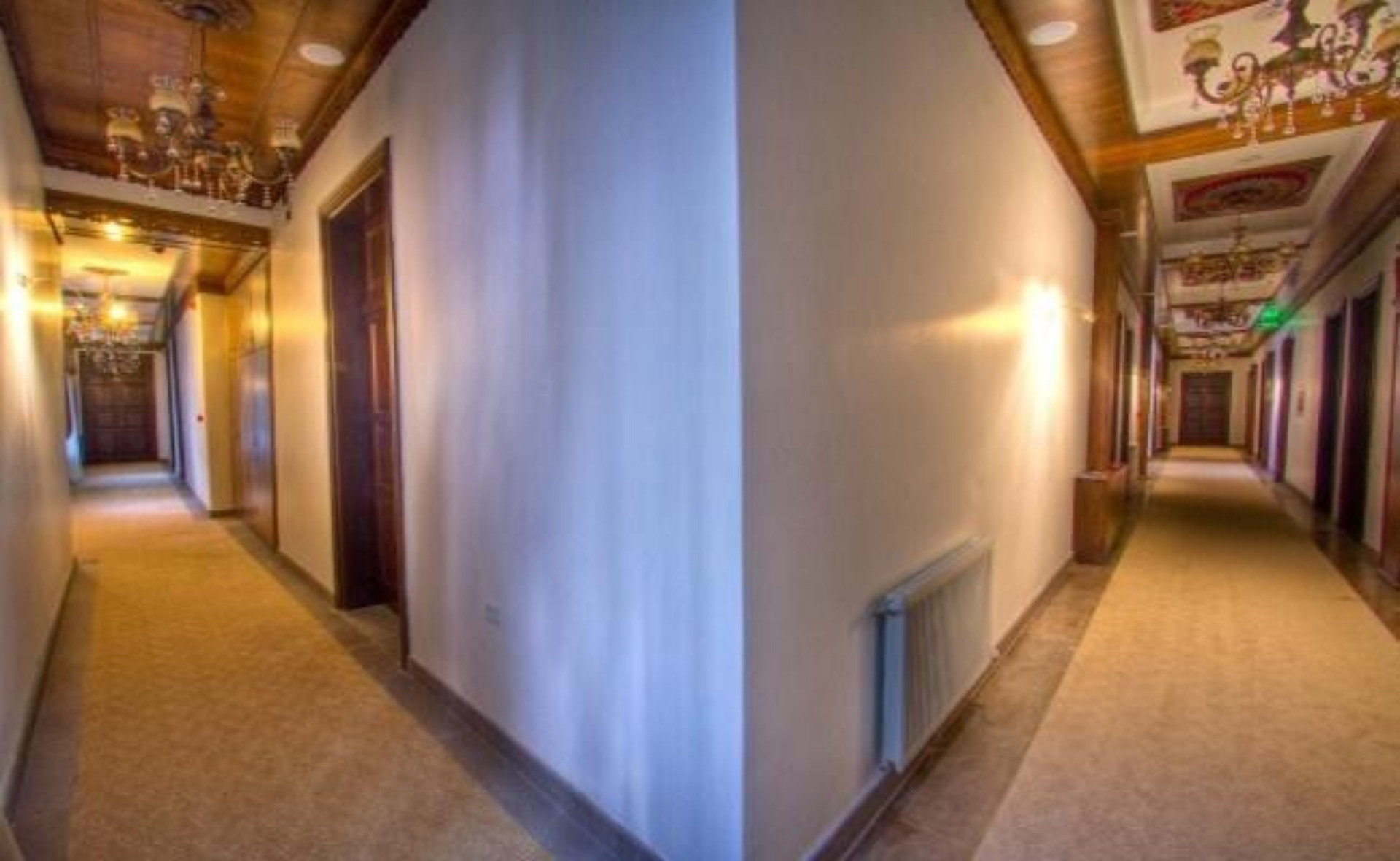 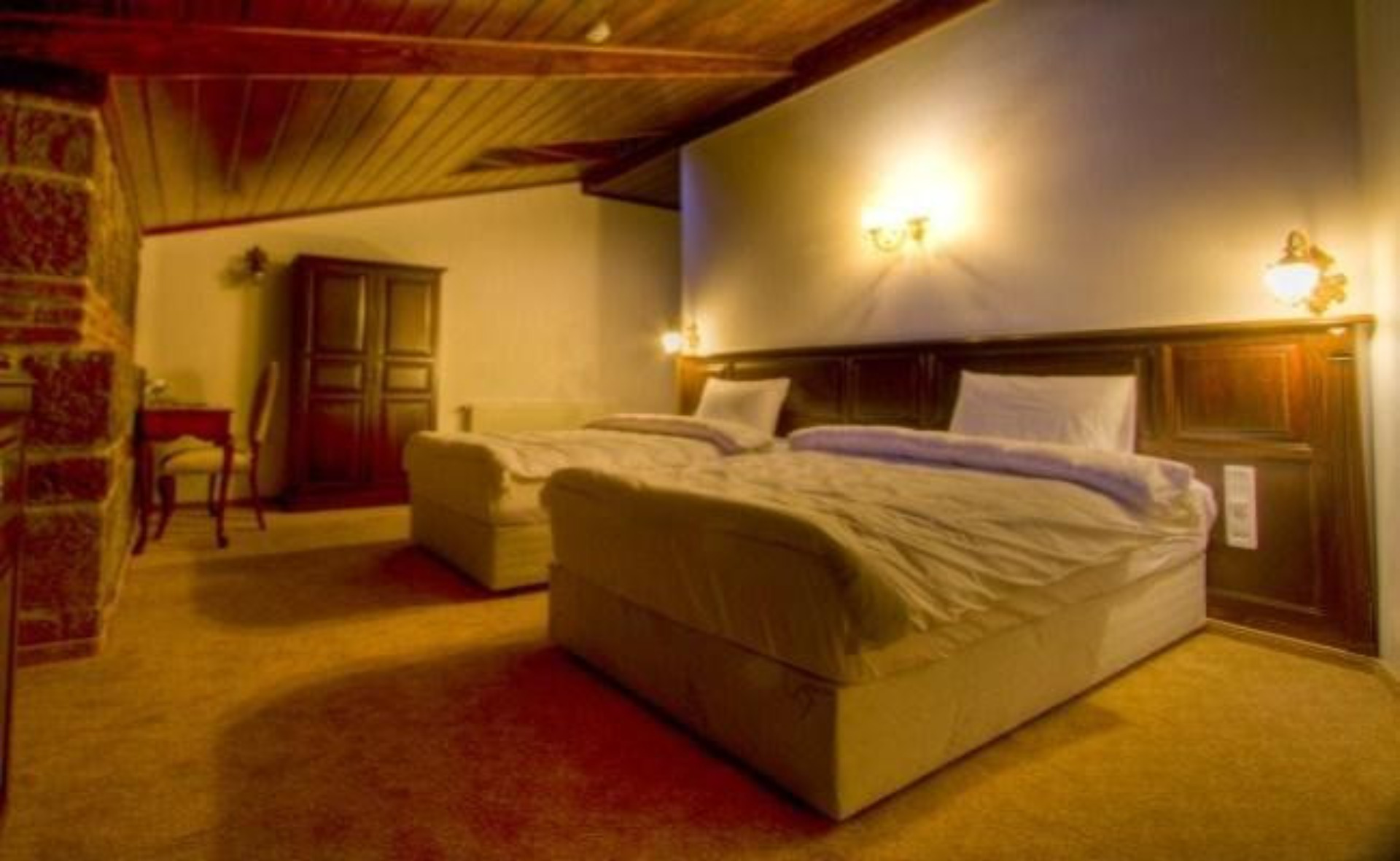 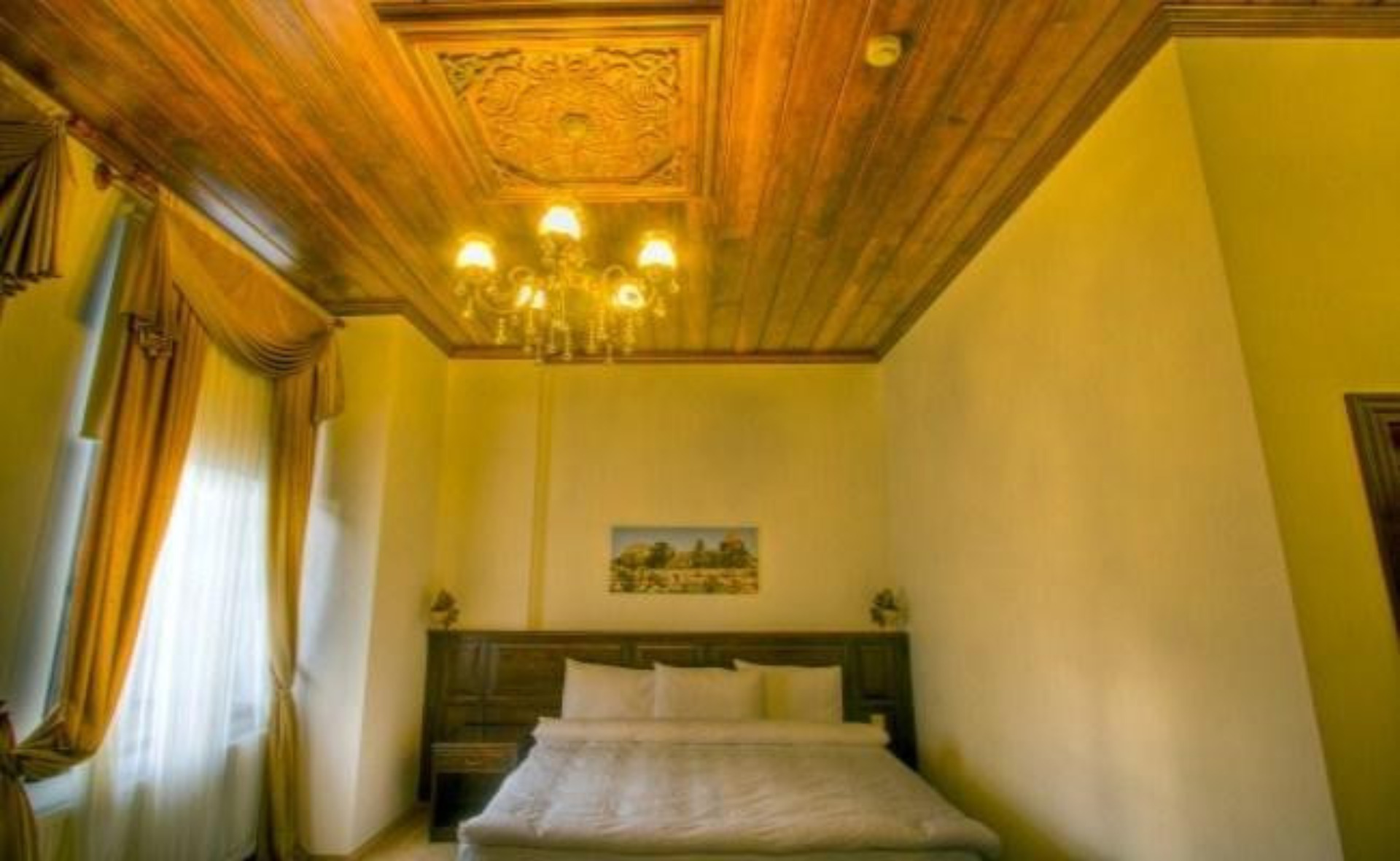 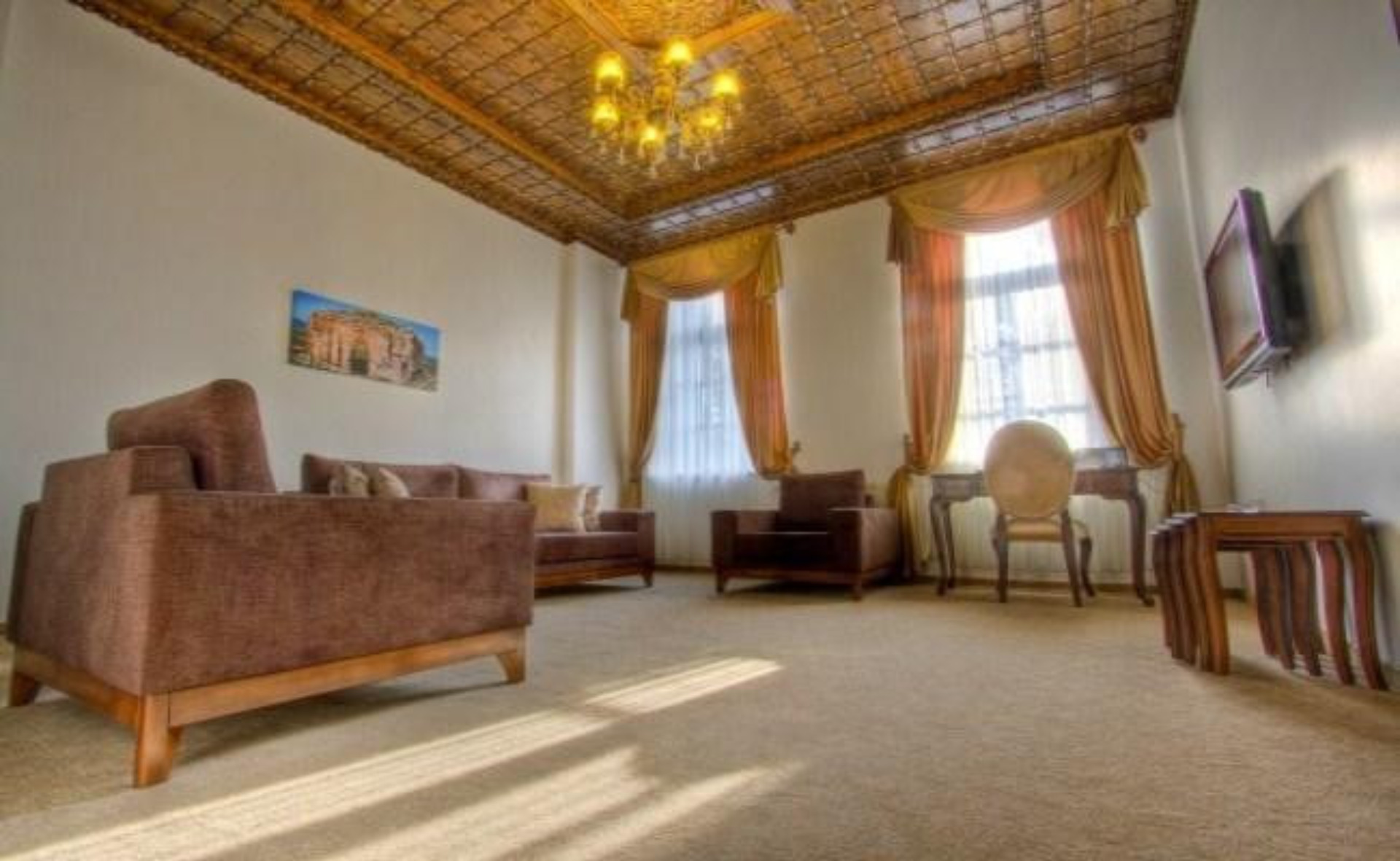 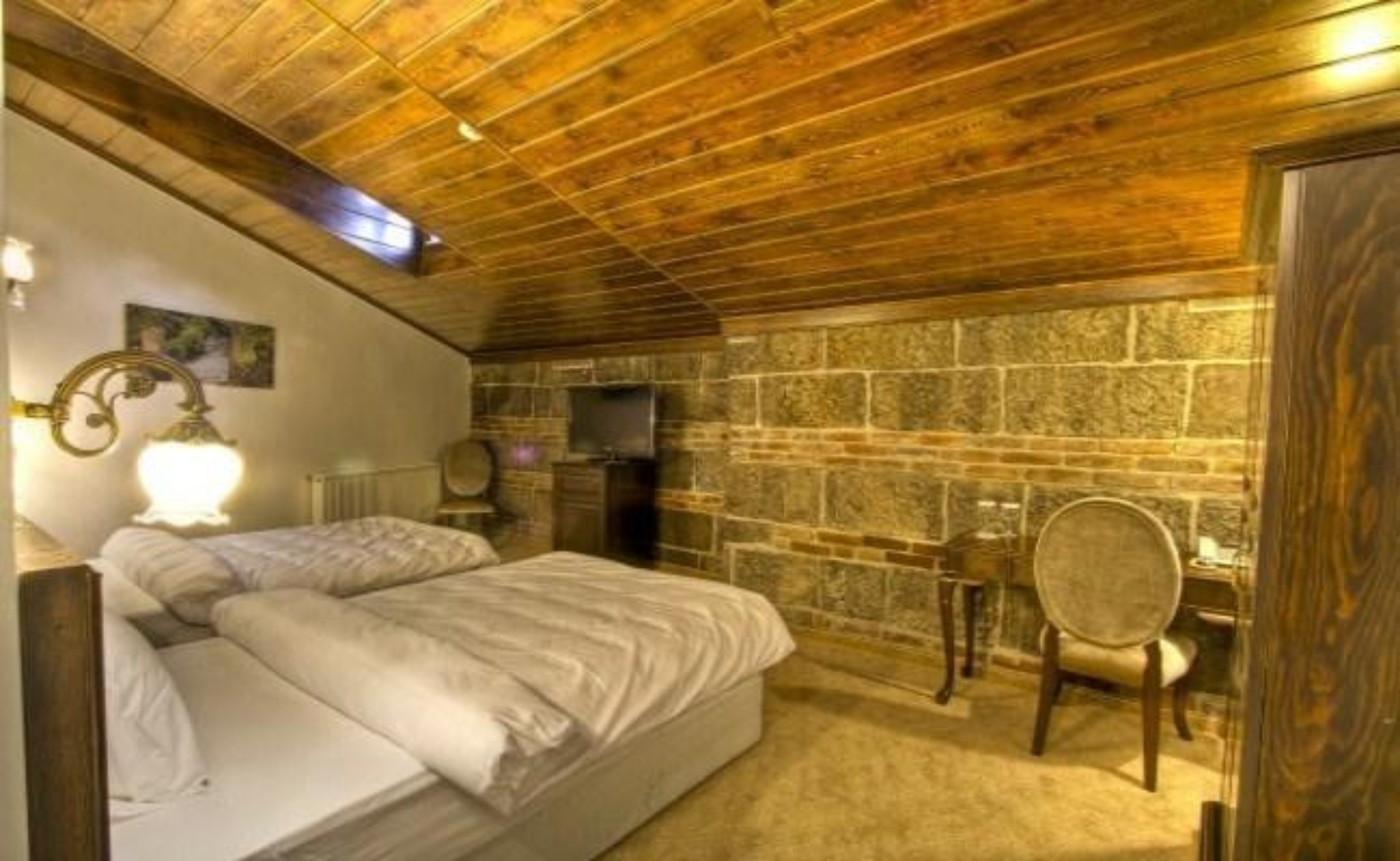 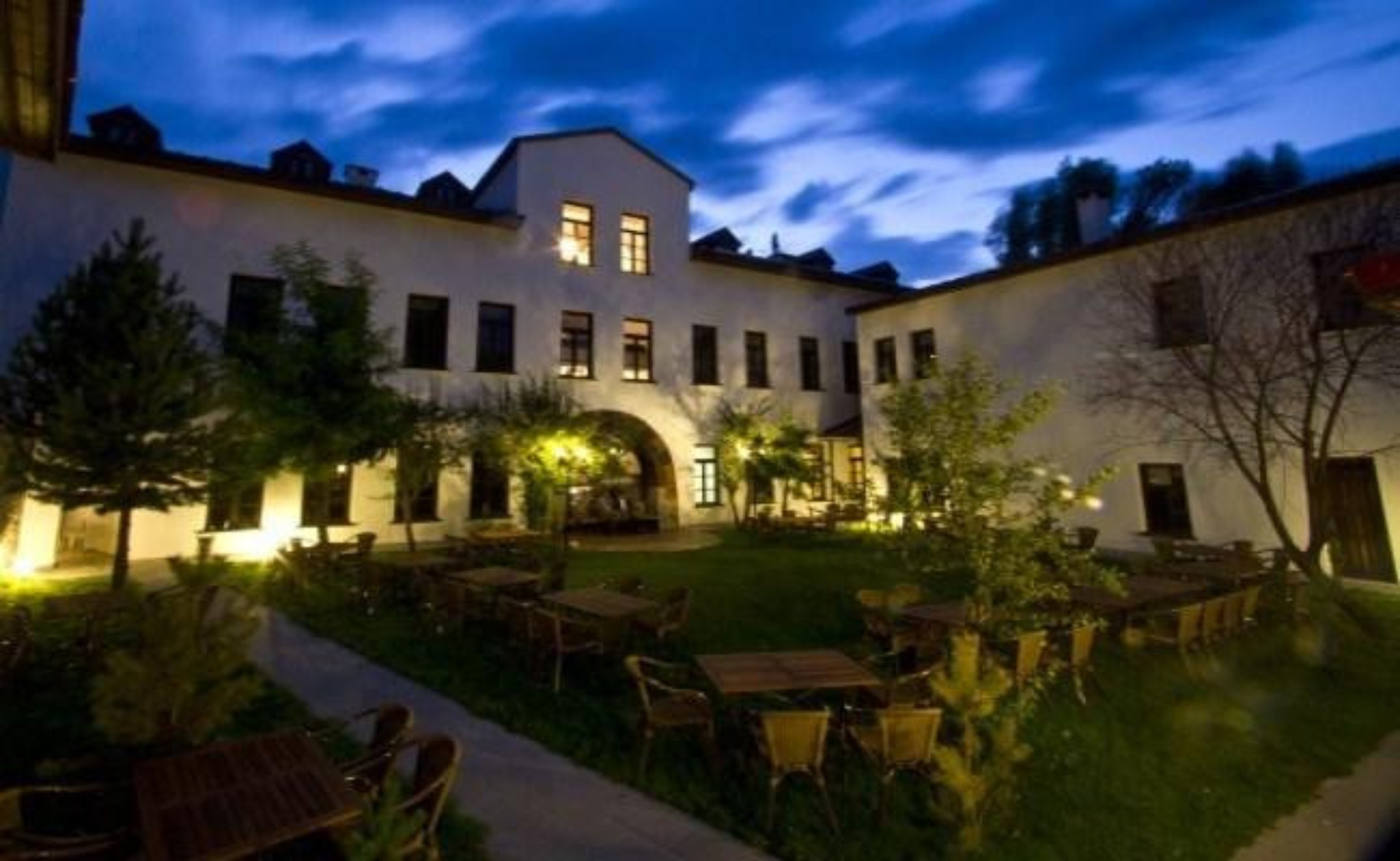 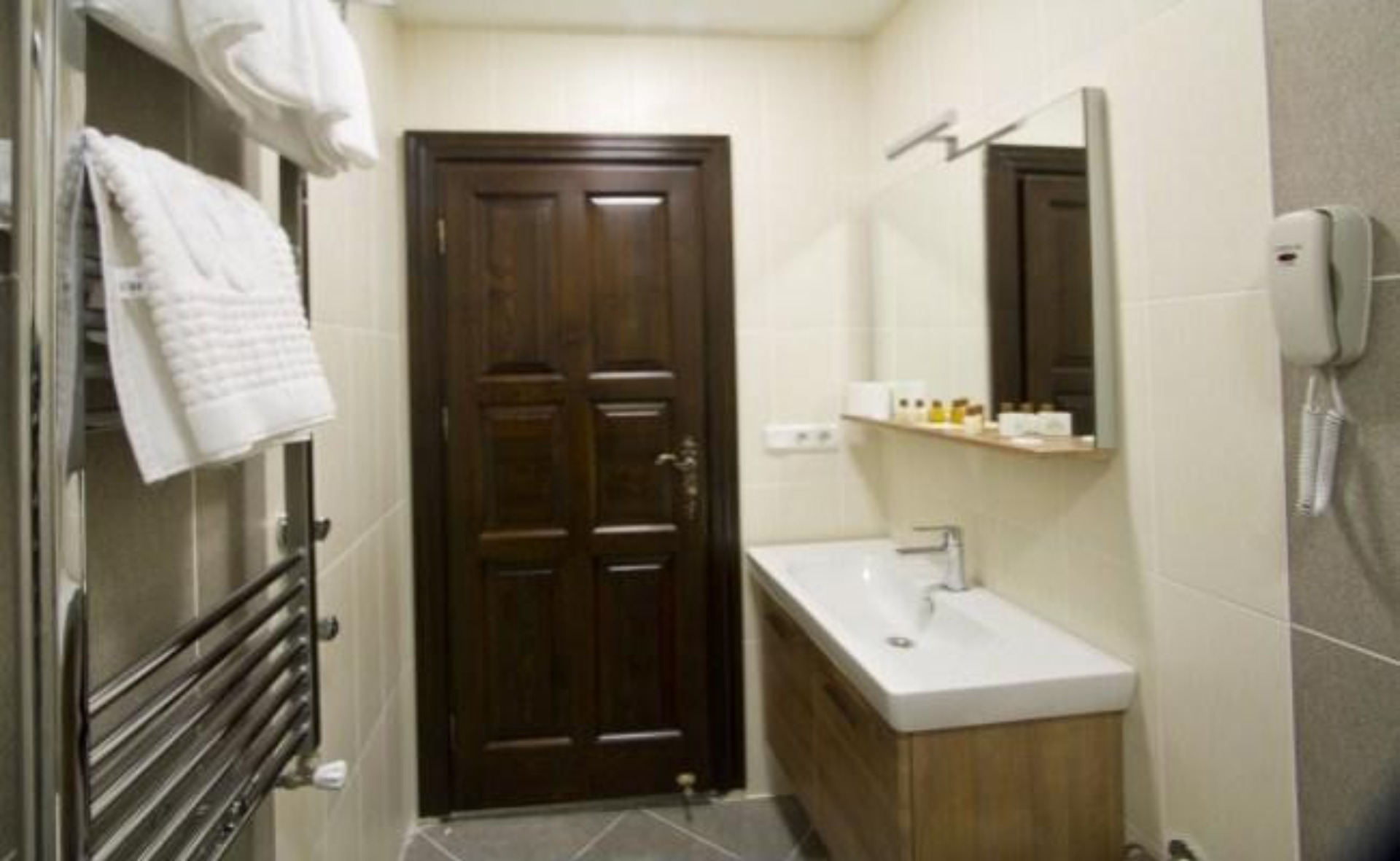 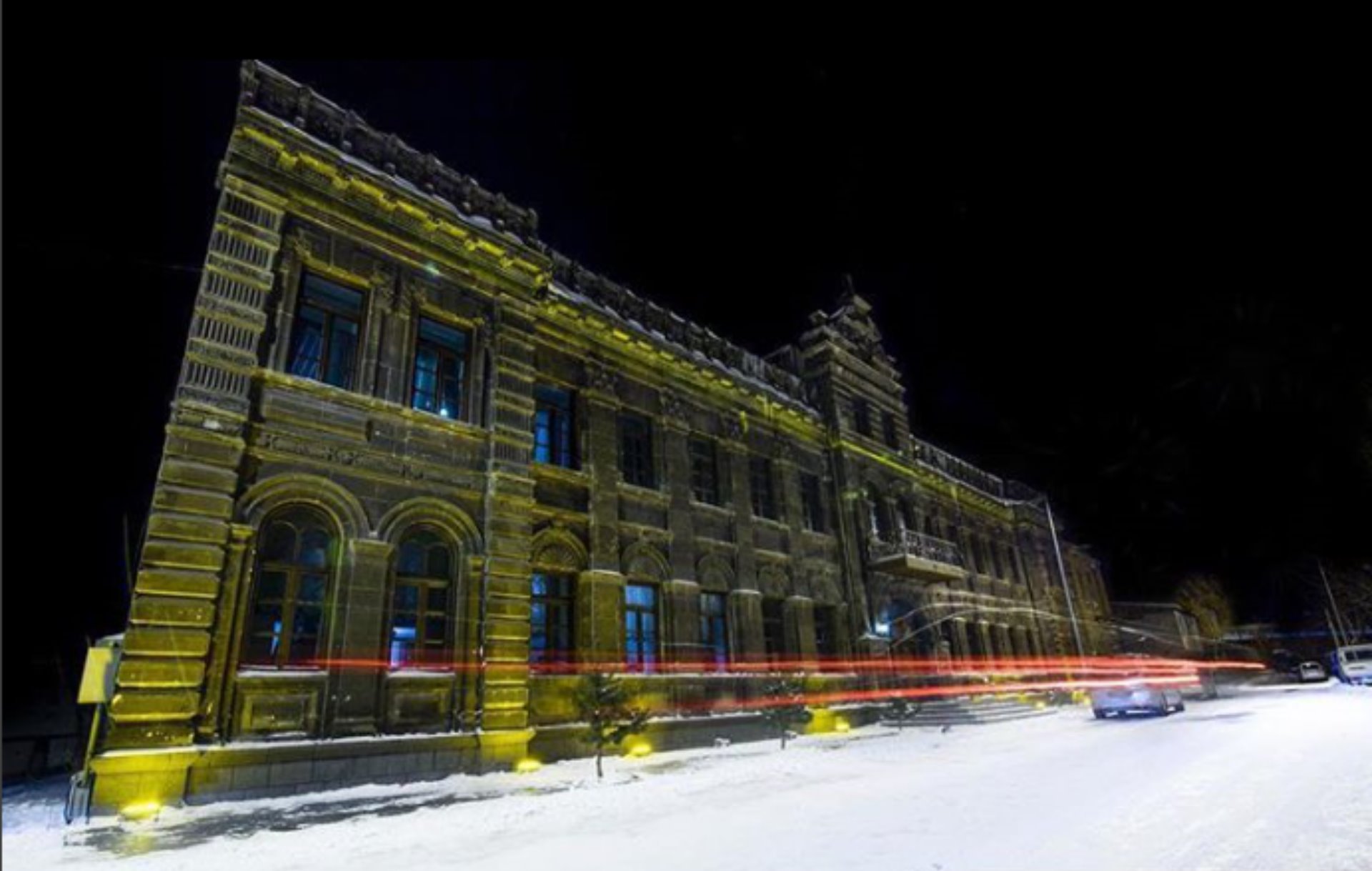 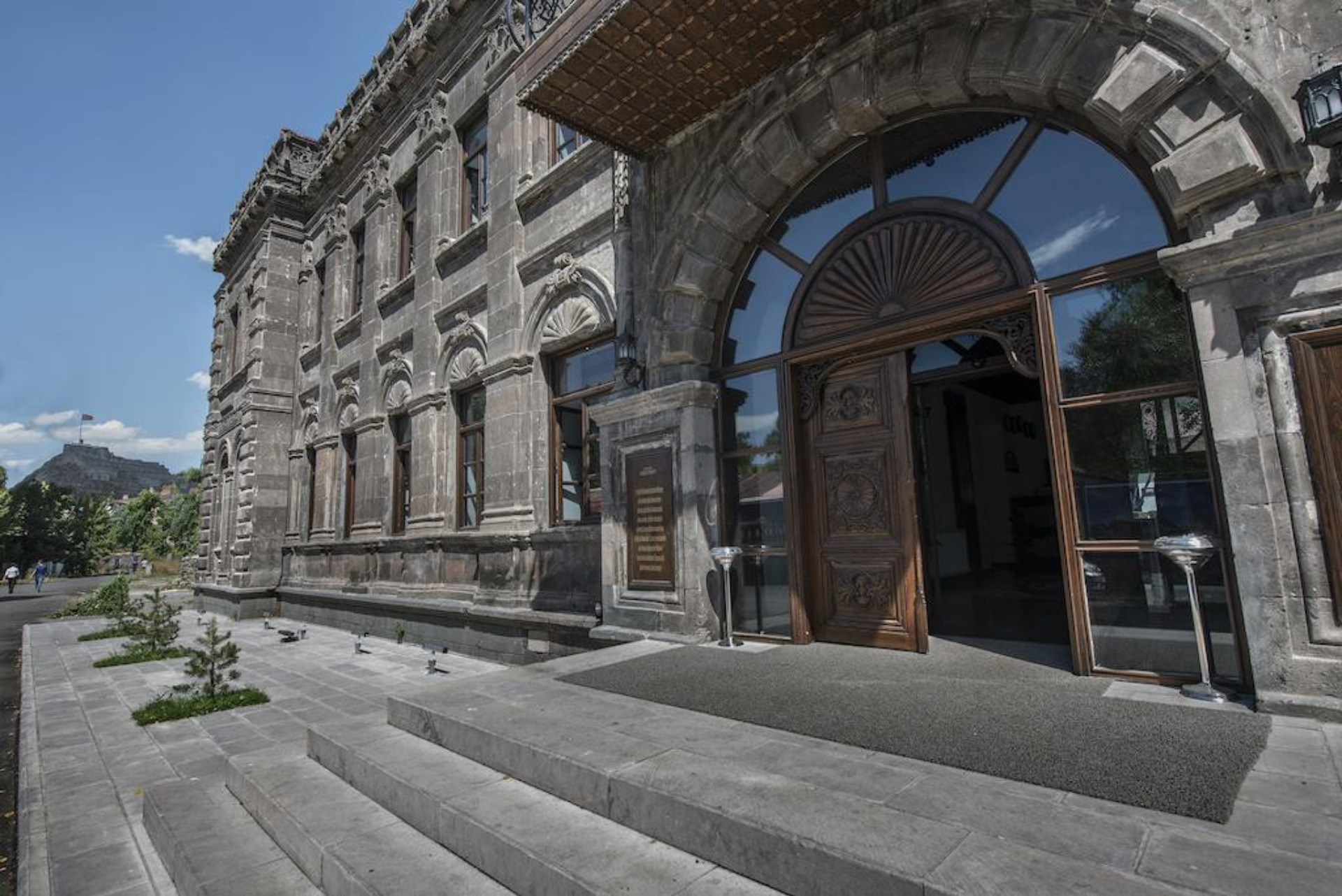 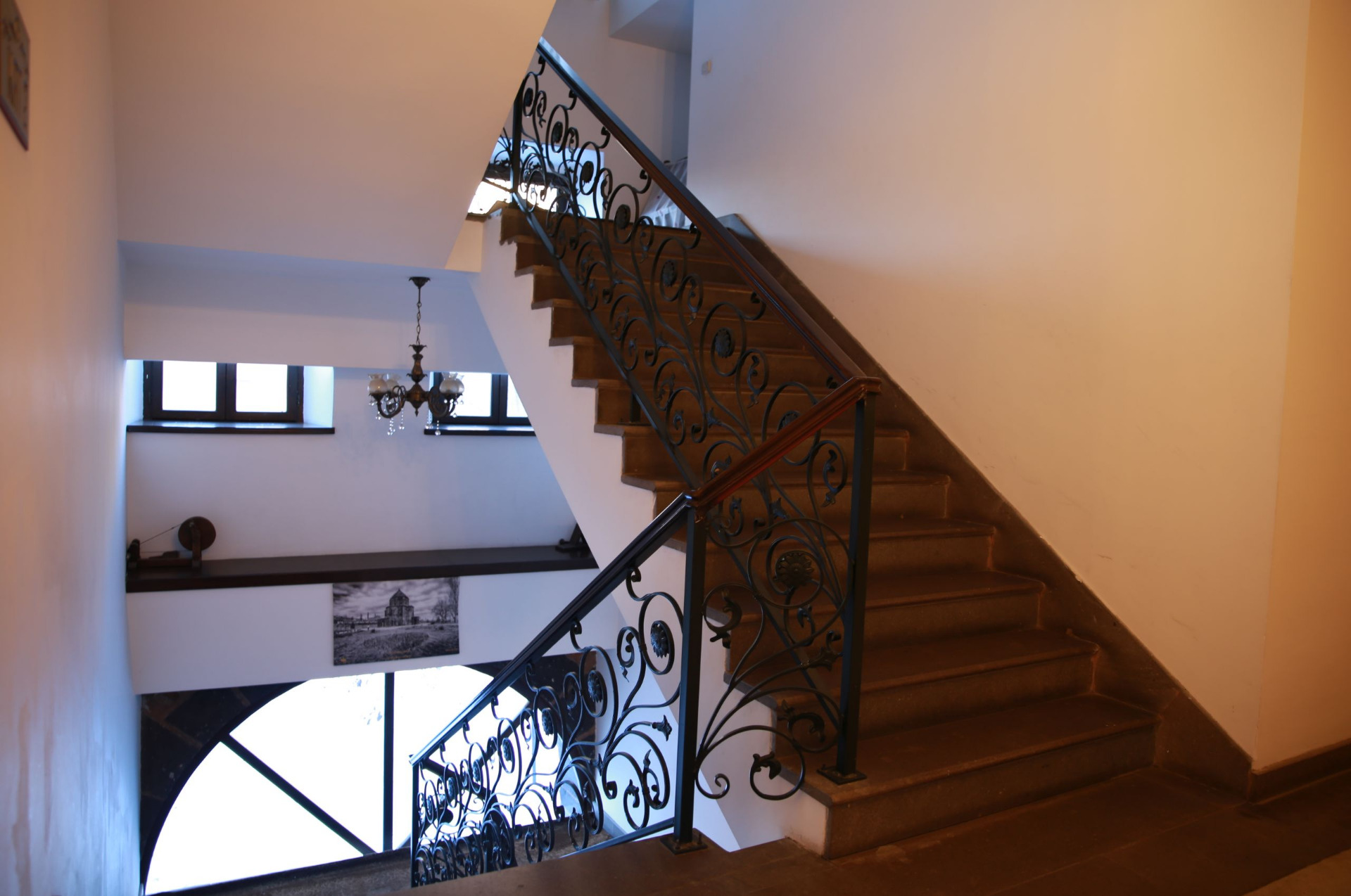 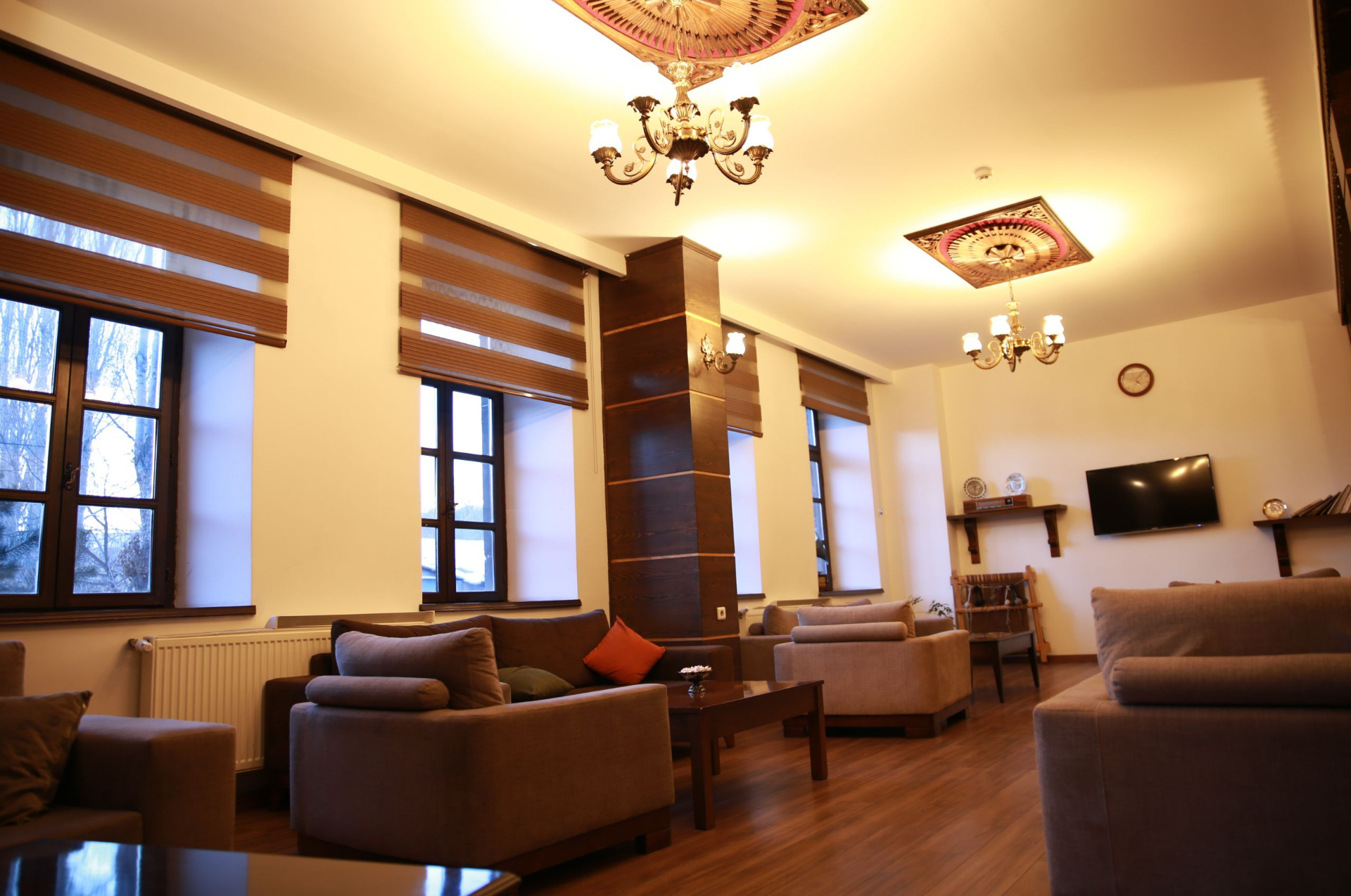 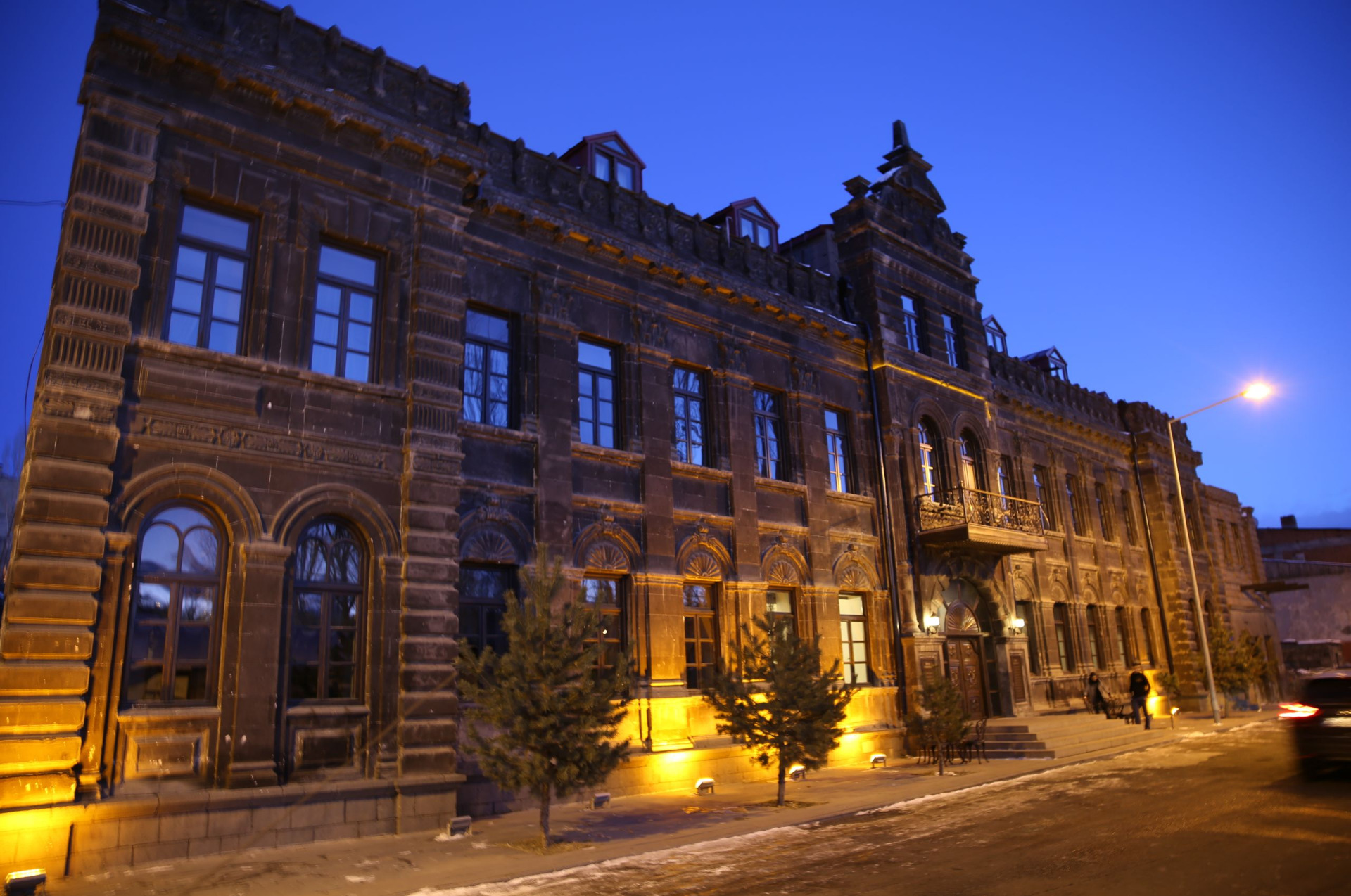 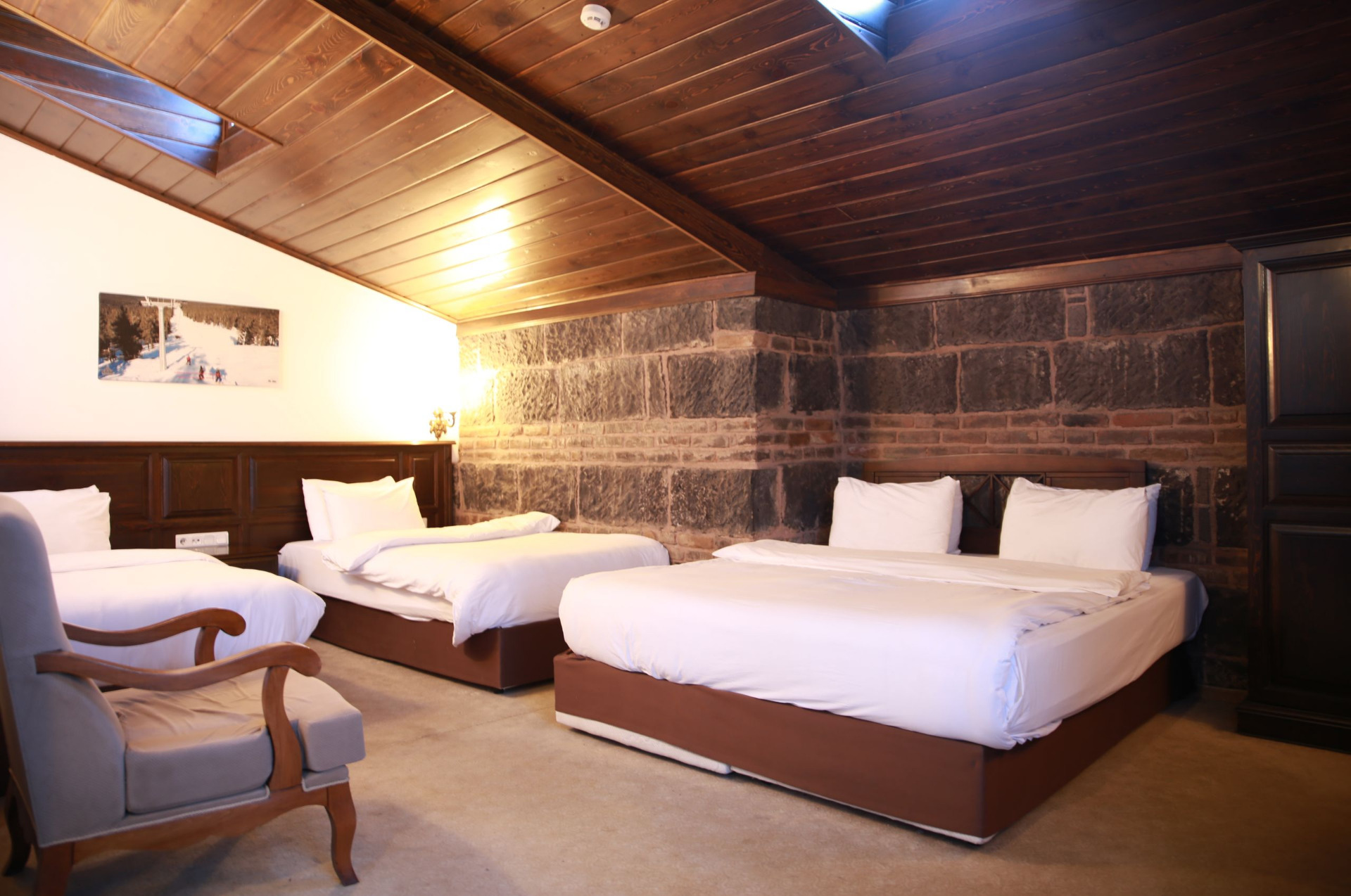 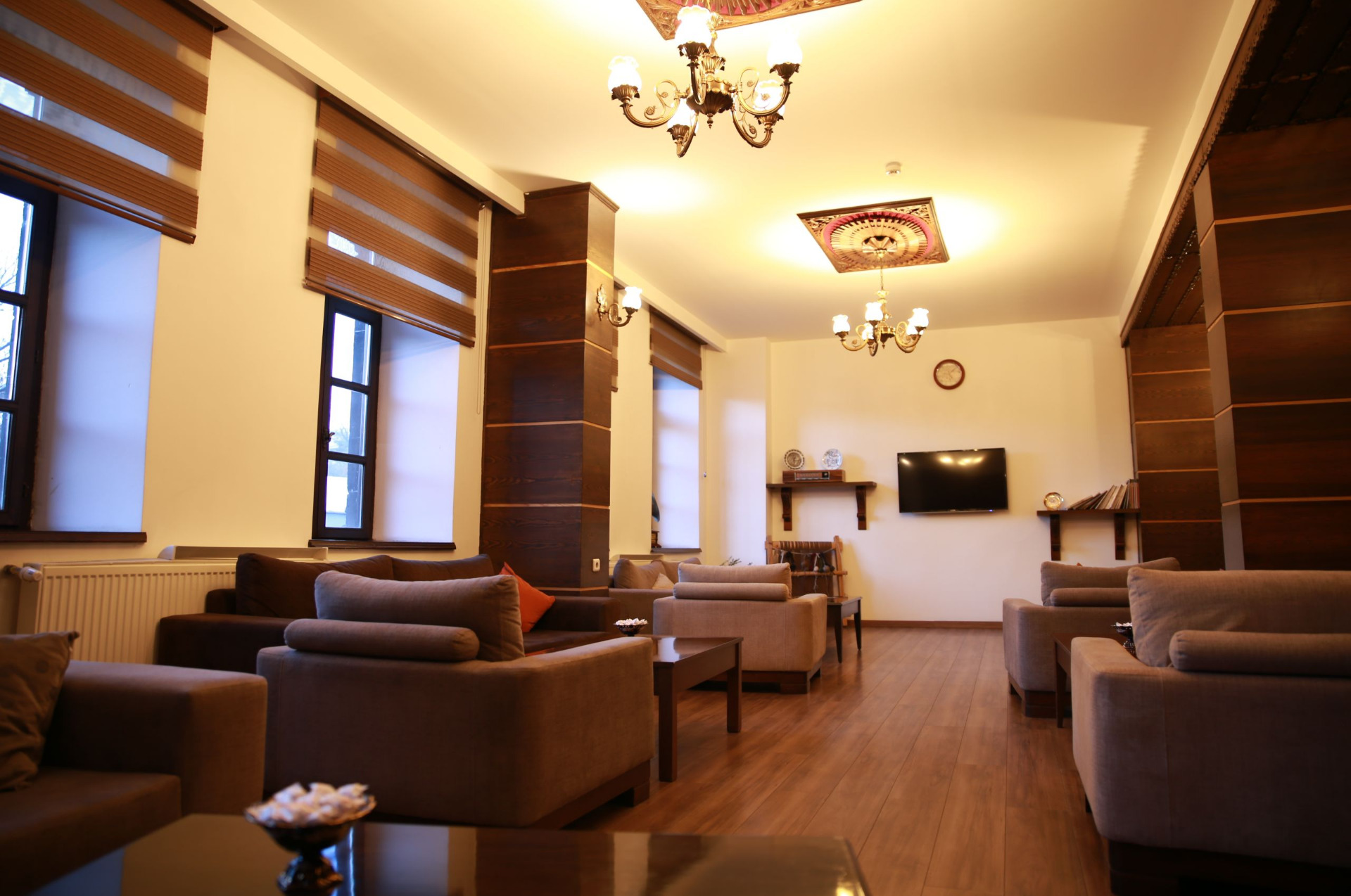 1877-1896 Russian Cheltikov Family had been settled in Kars and built the building as mansion for themselves. Then, the building had been made over to Russian Government and used
as Opera House. After Russians had left Kars, the building had served in chronological order as infants' school, military pharmacy warehouse, opera house, maternity hospital and the last
as doctor house.The building has been converted to Cheltikov Hotel in 2011 and hosts Eastern Anatolia and Kars Cultural Tourism. Hotel Cheltikov has 24 hours reception service and
authentic rooms. The hotel is located within the city center of Kars. Kars Castle is just 2 km away and Kars Airport is 5 km away from the Hotel.

How to go to Kars

What to eat in Kars?

Where to go in Kars?

What to do in Kars?

What to buy in Kars?

Dear Visitor
Welcome to our Hotel Page, If you need help, please contact us via phone or the booking inquiry form. Thank you!
Other Hotels 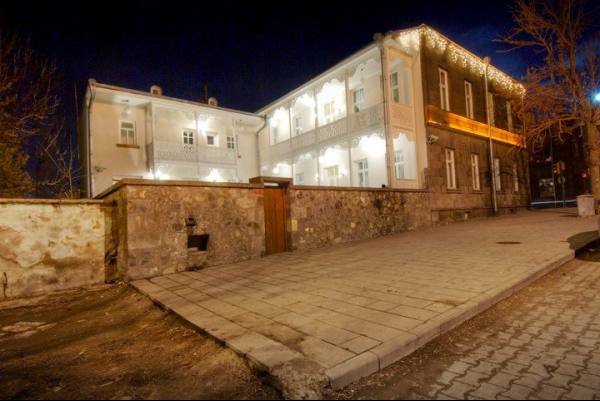 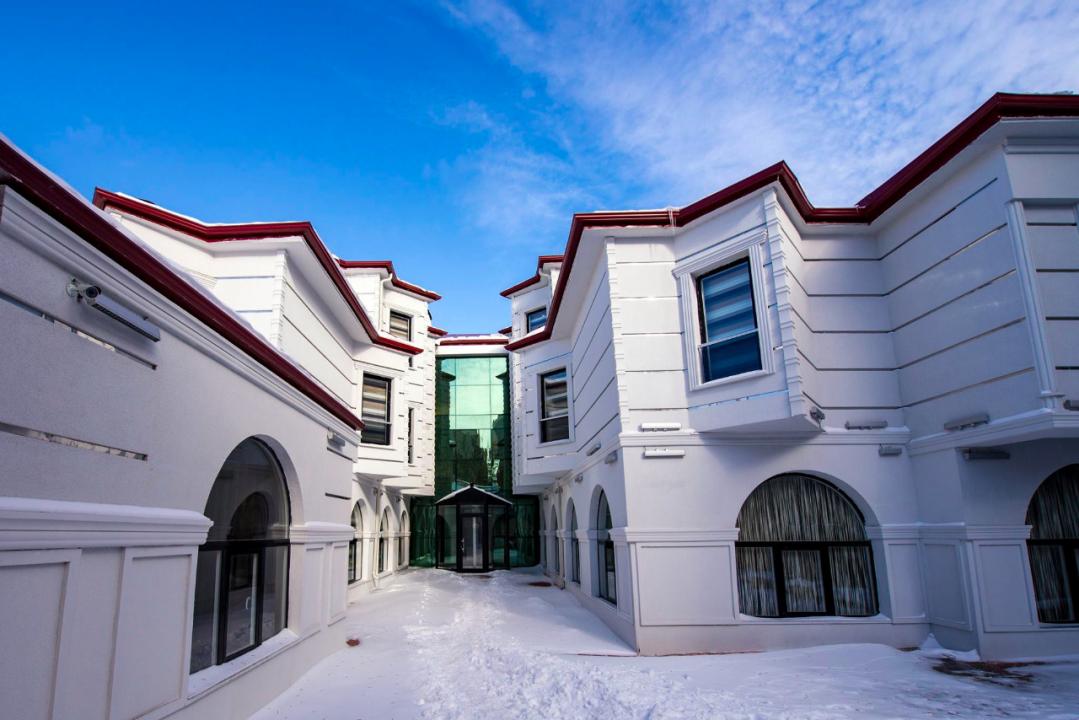