What to buy in Selcuk? 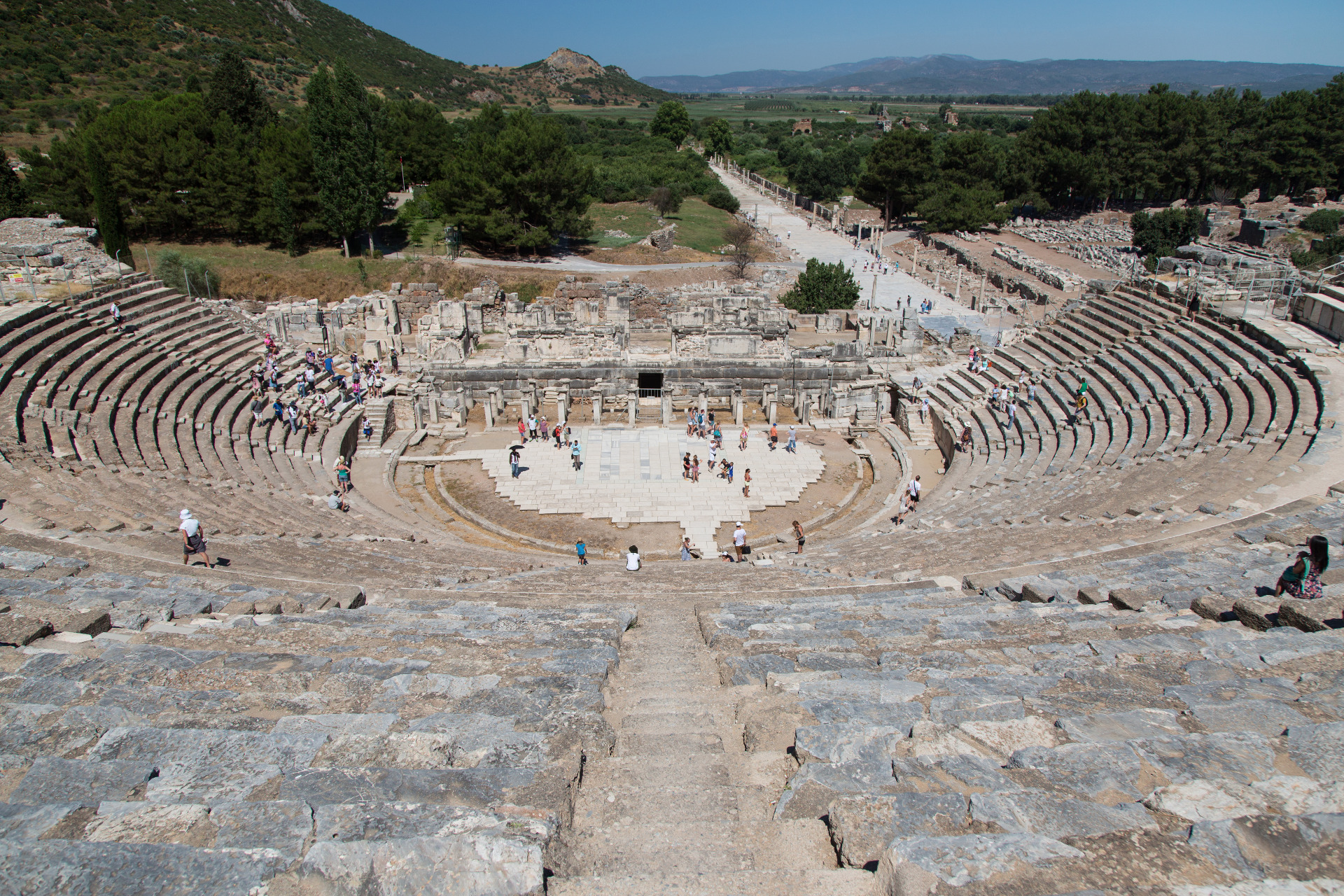 It is in the south of Izmir on the south Aegean, Selcuk has been transformed since the 1990s into a major tourist destination, mainly as a base to visit the famous ruins of Ephesus a few kilometres away.

The ancient classical city is one of the best preserved in the eastern Mediterranean and is a great example of Roman architecture.
Selcuk has many historical remains of early Christianity, including a house which many believe to have been visited by the Virgin Mary, and Ayasoluk Hill where St John write his Gospel. There are many small hotels and guest-houses, restaurants and shops which makes the town a good base to explore the area. The town gets busy during the famous annual camel wrestling festival, held in Ephesus around February.
History: According to ancient inscriptions, Ephesus is thought to have been inhabited since around 3000 BC, roughly the same time as Smyrna, and evidence of Ion, Roman, Byzantine, Seljukian and Ottoman civilisations are still seen today. The ancient city was a good centre for trading, mainly because of its location close to coast, and religion. It was known for the cult of Cybele, the Anatolian fertility goddess, then later for Artemis, the virgin goddess for which a temple was built in her honour.
The temple was destroyed in 356 BC, and when Alexander the Great passed through in 334 BC he offered to pay for the cost of a new construction provided it was dedicated to him. The Ephesus people declined, and rebuilt it with great success.
When the Romans made Ephesus their provincial capital, it became a busy town with great commercial, trading and political importance, and a population that grew to around 250,000. A significant Christian community grew, and the city was visited by St John the Evangelist in the 1st century, then by St Paul, who was there between 51-53 AD and wrote some of his epistles. It was also the venue of two Ecumenical Councils.

But the success of Roman Ephesus began to dwindle, mainly because of problems connected to the harbour, which was the main source of trade. The Cayster River was pushing silt up the harbour and despite attempts to dredge it and rebuild the harbour, the sea was pushed back to Pamucak, 4km away, and therefore Ephesus lost its source of wealth. By the 6th century, the city was unliveable and was shifted near to St John’s Basilica, and by 1090 it was taken over by the Turks.

Climate: Similar to a typical Mediterranean climate, the region has hot and dry summers, reaching around 30 degrees. The winters are cool and wet, and the nights can get cool and drop below 10 degrees.